Create an Account - Increase your productivity, customize your experience, and engage in information you care about.

The South Miami Police Department (SMPD) is a full-service law enforcement agency with 50 sworn positions and nine civilian staff serving the 2.5 square mile city.  The full-time residential, tri-ethnic population is approximately 10,500, but the number of people served and protected by the SMPD is much greater due to several factors.

Geographically, South Miami is approximately three miles south of the City of Miami. It borders the University of Miami’s main campus and the cities of Coral Gables and Pinecrest. U.S. Highway 1 (South Dixie Highway) carries tens of thousands of vehicles through the city on a daily basis and there are several main arterial roadways that provide commuters the ability to pass through the city. There are two major hospitals in the city providing employment and services to people throughout the county and beyond. The “town center” area of South Miami is a vibrant shopping, dining and entertainment venue. With a hometown ambiance, it also includes a 500,000 square foot mall, the Shops at Sunset Place.


The Police Department is headquartered in a building connected to City Hall at 6130 Sunset Drive. The police station was renovated in the early 1990s and dedicated in memory of Officer L. Daniel Schulz, an officer killed in the line of duty in 1987.

The city is divided up into six patrol zones.  Each staff member is responsible for overseeing a particular area and for reaching out to the community through citizen contacts. 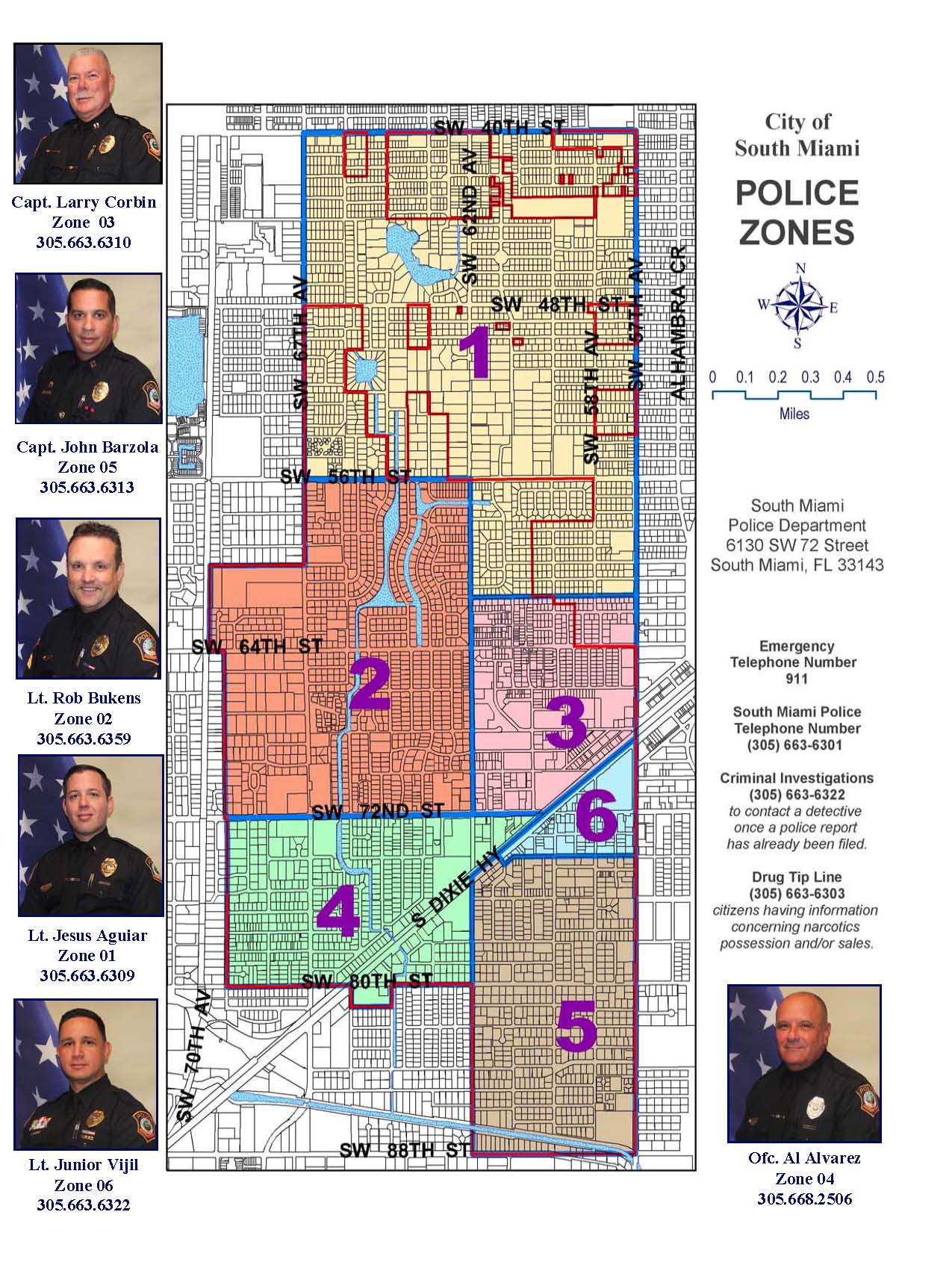 The Uniform Patrol Division is the most visible and largest division within the agency, they are the basic backbone of the Police Department. The response times, visibility and professionalism of that unit are second to none in the South Florida area. The commitment to traffic enforcement is evident with over 15,000 citations issued in the most current year.  This agency has also risen as a leader in DUI enforcement in the area.

Submit a request
Do you have a request or concern?
Let us know about it.
Notify Me®
Sign up to receive email
or text notifications.
Employment
View current job listings
with the city.
Calendar
Find the latest activities
and events.
[]